Setting out along Offa’s Dyke Path I was again accompanied by acorns, the symbols used to way mark all of the National Trails. The walking was easy going, following the Dyke at times, then dropping down to the River Wye and then a 10 mile stretch to Hay-on-Wye along the high level route offering views across the Brecon Beacons beneath their dark skies. At Hay, apart from many shed loads of books, was a recently arranged rendezvous with a mate, needing to escape city life. A couple of days chillin’ out with familiar company (we didn’t walk a great deal) spurred me towards and beyond the Inland Limit as I made arrangements to meet up with a number of the Poker crowd as well as members of The Death Penguin in Edale.

I crossed back into England for the final time whilst quietly chalking up 1000 miles and I now had a new pair of shoes on my feet. The first had lasted over 900 miles and were now safe from further abuse until mounted on a plinth to commemorate this first challenge. Making haste across the fine Shropshire landscape I was uncertain whether I would make it to Edale on time.

The flat lands far from the sea offered little distraction and were covered quickly through Cannock Chase and along the canal towards Coton-in-the-Elms. On the evening of Sunday 25 July I entered the Shoulder of Mutton in the “Village of the Damned”. After being thoroughly entertained by the punters, I departed into the fading light and found a quiet spot for the night before exploring the area in the morning. The farm in question was unwelcoming to say the least. Everything about the place said “stay away”, “don’t come near” or “Tony Martin lives here”, and as I was satisfied I had reached my intended point (as near as damn it, anyway) I retraced my steps for a number of miles before striking North towards the Peak National Park.

My greatest wildlife coup since watching a basking shark for the first time on the Southern Cornwall coast would occur in Staffordshire with one, two, three badgers crossing the path just a few metres ahead of me late one evening.

Worries about lateness disappeared when two full days from the Edale meetings and only 8 hours walking time remained, allowing the familiar landscape of the Derbyshire Dales to be fully appreciated, along with the weather, very warm and a little sticky. Ninety-nine days had elapsed since departing Lowestoft as I rested up and enjoyed the company of many good friends. 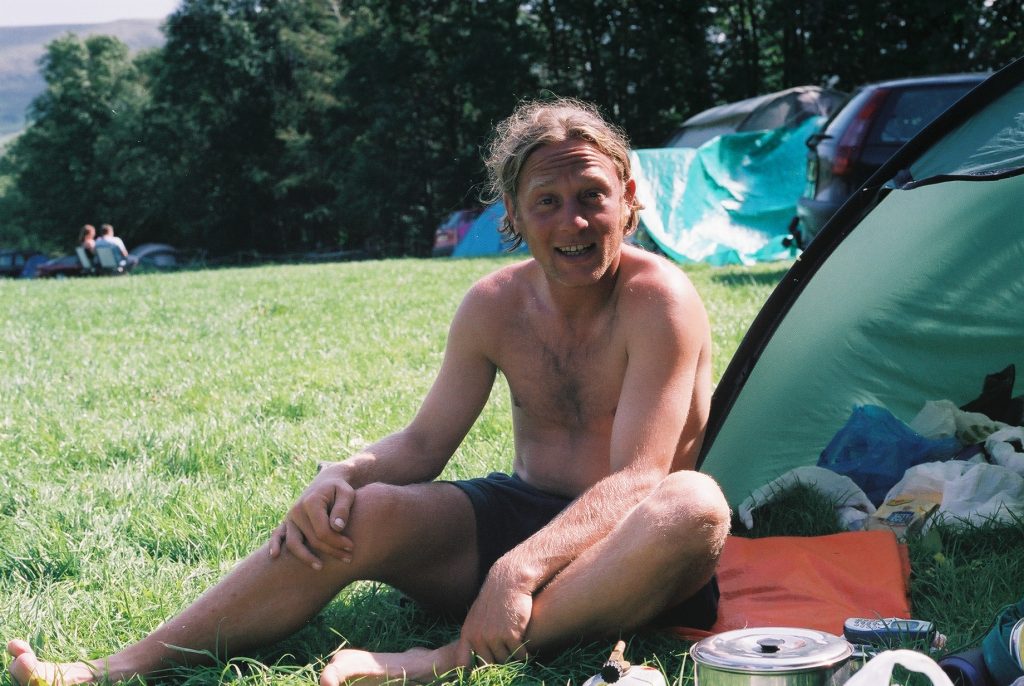