It was great to see so many familiar faces again and to catch up with the news, and I set off from Edale along the Pennine Way on a sunny Sunday, refreshed and happy. This, of course, is where the Island Limits story began. I had completed a North-South Pennine Way walk on 6 June, the day before Argentina v England in the 2002 World Cup, and slowly set about devising my next outing. I had no idea how it would turn out, but that chapter is for another day.

It was only a few hours from Edale before I had met up with an old friend who would accompany me for the next two days. We headed towards Bleaklow from the Snake Pass, impressed by our surroundings on such a clear day. After descending for an hour or so, we realised that too much chat and the distraction of not being in thick fog (map and compass would have been used) resulted in a slight deviation from our intended route. No matter.

After another rest day at my Mothers (full laundry service and a roast meal) I set out again, into Bronte country. I had avoided a serious downpour whilst being pampered and would enjoy fine weather for a couple more days, parallels with the first ‘leg’ back in April. It was during this initial period that I came across something rather interesting.

At Pinhaw Beacon on Elsack Moor, my attention was drawn to a piece of litter. I often pocket dropped items in remote areas, except tissue paper, which this was. However, as I approached this offending item, a napkin from a local Fish & Chip shop, I noticed some writing – a note! I have taken the liberty of displaying it in my shop window – call it a Bagpuss moment. Anybody wishing to claim their lost property can contact me in complete confidence.

For the rest of the Way, not a day passed without at least a distant rumble of thunder. Mostly though, it was rain, rain, and just a few more million drops of rain for good measure. The familiarity of the route was at times a double edged sword. Knowing what lay ahead meant few surprises, although knowing what lay ahead (the miles and miles of saturated peat bog) was no surprise.

I had met a number of fellow walkers along the route, many attempting the whole lot. The weather had taken its toll, dampening enthusiasm and sapping spirits, but a determined lot they are, and congratulations to all who completed their trip. It was a trying time. 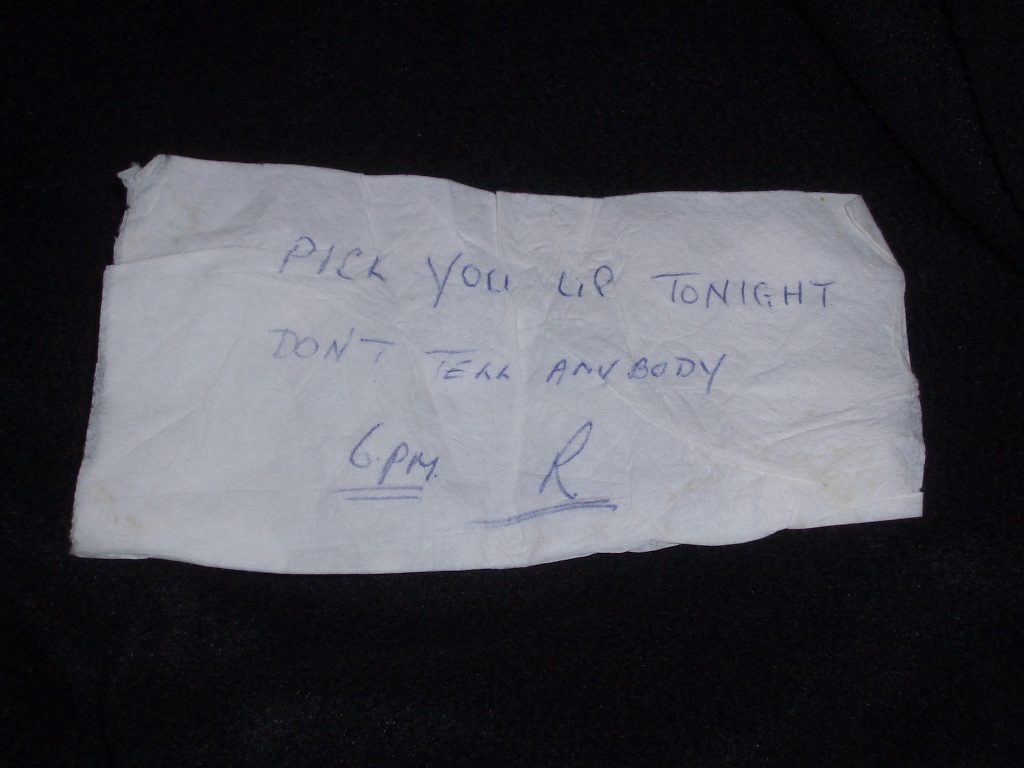