At the end of the Pennine Way I had completed over 1500 miles of my marathon and the legs were feeling a little heavy. Perhaps the heavy going had begun to take its toll or maybe I was feeling sympathy for our Olympic athlete! Who knows? It would be another week before I reached the West Highland Way, through the Scottish lowlands, following the River Tweed and seeing a number of Herons along the way. The walking was a mixture of good paths, non-existant paths and old railways, now part of the National Cycle Network, and canal towpaths.

It was during this time that I was asked the most amusing question so far. Having camped in a field by a track leading to a popular fishing spot, I was woken at about 6 a.m. by a group of three heading home. One was very interested in what I was up to. I peered out of my tent to be greeted by a young fella, can of Tennants in hand, pupils the size of saucers, with 1001 questions, but without the time to ask them all or listen to the answers. It was his 8th or 9th – Are ye on the run ? I assured him I was just walking and he left me to it. Not wanting another visit I headed off by 7.30 and was soon passing through Cumbernauld. Not much to say about the place except that I had probably now seen the worst place on my travels. Never to return.

The West Highland Way was great. Easy walking and lots of interesting people along the way. I had walked over 200 miles in 11 days to reach Kinlochleven, just South of Ben Nevis, including a 3 hour burst from Kingshouse up the Devil’s Staircase where I would meet a colourful character from Falkirk. I had picked up a jacket on the ascent, obviously left in error and returned it to it’s owner on the way down to Kinlochleven at which point he produced a bottle of Scotch from his rucsack and offered me a wee dram. He told me where he was staying and promised me an ale or two for my troubles. I headed down to pitch my tent which was wet from that morning and met up with him later. Looking a little confused I asked if he was OK. “I fell asleep”, he informed me, “on the way down, woke up with midges in my mouth”. At least he was safe.

Meeting a mate from Sheffield the next day we planned our next two days, staying in a bothy overnight before heading along the Grey Corries towards Ben Nevis. It was not to turn out that way. I felt a little out of sorts, not sure exactly what was wrong, yet knowing something wasn’t quite right. I put the consistency of my morning constitutional down to the butterscotch Angel Delight from the previous night, but had little enthusiasm for what should have been a significant day on my adventure. Eventually we had to call it a day and headed down to safety, passed the filming of Harry Potter 4 at Glen Nevis, energy spent.

I lay in my tent the next day, flushing my system with mugs of tea, (NB: Do not attempt to fart!) and had recovered enough the following to eat again and got dropped off where we had left the hills, ready for another attempt. 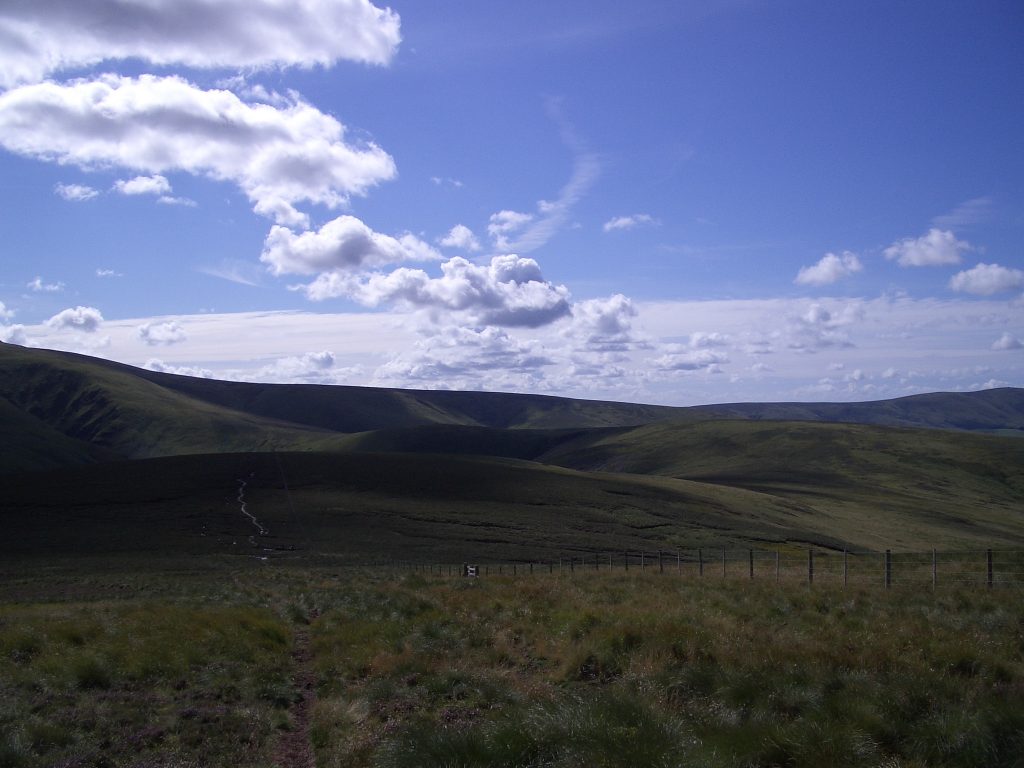