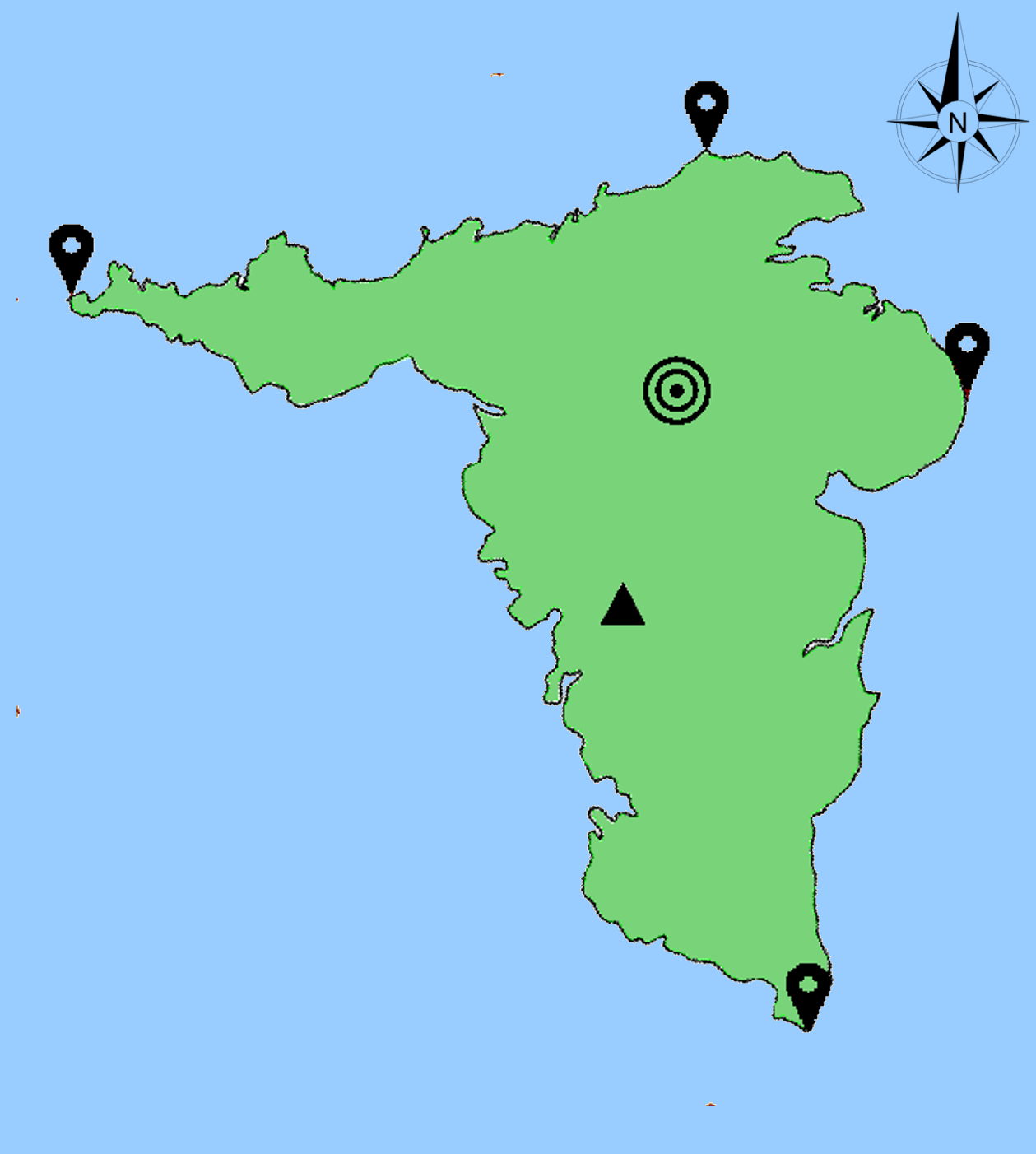 choose an island, any island

inland point
(furthest from the sea in all directions)

plot a route to include all of the island limits

Following my epiphany on the Pennine Way in 2002, I began to plan the next short chapters of my life. With notice given to my employer, I booked myself onto a Summer Mountain Leader Training Course and applied for work with a company offering guided walking holidays. Before searching a job in the Alps for the 2004/05 winter season, something I'd wanted to do for years, I decided to go walkabout during the summer months.

My experiences in the outdoors had been almost exclusively in the North of England, with a brief visit to Snowdonia on a family holiday, but I was keen to explore more of what the British countryside had to offer. I had an Ordnance Survey Mapping index containing named National Trails/Long Distance Routes and Recreational Paths over 100km long. As I studied the map it became apparent that many could be joined up to create a much longer route than those previously walked.

Inspired by Wainwright, I devised a route traversing England between its eastern and westernmost points, from Lowestoft to Land's End. From there I could continue northwards to John o' Groats, walking the greatest distance between any two points on the British Mainland. As a bonus, my route passing close to Ben Nevis, there would be an opportunity to ascend Britain's highest peak, perhaps as a day walk from Fort William.

It wasn't long before it dawned on me, that John o' Groats isn't the northernmost point of the island. Dunnet Head takes that honour, and as I would be visiting Lizard Point, the southern tip, along the South West Coast Path, it seemed obvious to add an extra day to my itinerary and thereby complete the South to North traverse of the mainland.

So I had a concept. Walk between the cardinal points of the British mainland. Including the summit of Ben Nevis, the geographical "limits".

Checking the facts, I discovered the westernmost point of the island was actually in Scotland, on the Ardnamurchan peninsula, and not Land's End as previously assumed. It added several days to my walk, but in the context of a few months it wasn't a huge detour. I also realised that parts of Britain lie below sea level, The Fens, with Holme Fen in Cambridgeshire the lowest, a short diversion from my route along the Icknield Way. As an extra, I included the point furthest from the sea in all directions.

Initially I toyed with the term "island bagging", along the lines of Munroe bagging, though a gentleman from Scotland was using that term to record his attempts to reach the summit of every island he could access. Going back to the idea of the geographical limits, I settled on the Island Limits Challenge.