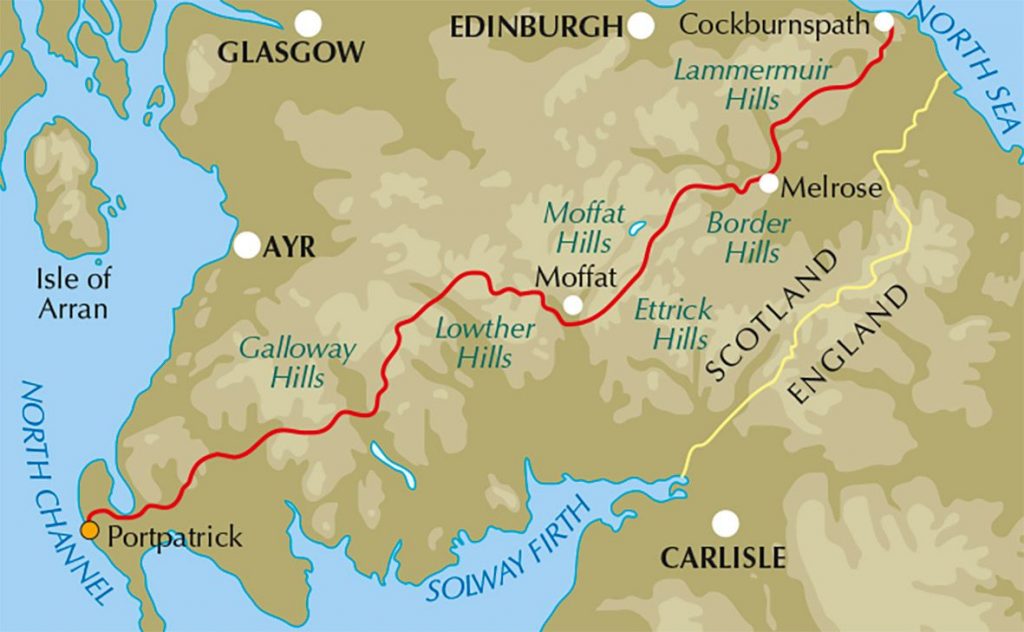 This would be my fifth traverse of the British mainland, all from east to west.
To arrive at my departure point at Cockburnspath, I traveled by train to Berwick-Upon-Tweed, then caught a bus. A search using the National Rail website gave a ticket price of £86.20 Rather than pay this extortionate price, I bought four separate tickets for this journey using the same website. Rochdale to Leeds, Leeds to York, York to Newcastle, Newcastle to Berwick. Together, these cost £31.15
Same route, same time, same trains!
It was a pleasant Thursday afternoon as I set out from the cross in the centre of the village and soon reached the coastal path to Pease Bay, before heading inland, among the wind-farms that would be an almost constant presence along the route. After a few hours, as the sun began to drop below the horizon I found a suitable place beside the path to camp and settled in for the night.
In the afternoon of my first full day, an overcast affair, I met a couple heading in the opposite direction, on their twelfth and penultimate day on the trail. I was the first person they had encountered walking the whole route, which they had thoroughly enjoyed, commenting on how well way-marked the route was and warning of the wet ground in the west.
The temperature was beginning to drop on this Friday evening as I arrived at Lauder. Starting this walk so late in the year meant that most of the campsites along the route had closed their tent fields, or weren't open for business at all. In fact this was to be the only official campsite I stayed at on this walk. Another hot shower was the one thing I missed as the days passed.
This weekend marked the end of British Summer Time, but there were plenty of people out and about around Melrose and Galashiels on Saturday, and the sun shone, encouraging people out on the following day, despite the cold wind on the tops.
With shorter days, I increased the available walking hours, by continuing into the darkness on a few occasions during the course of the next week. Worth doing when there was the certainty of a good camping spot ahead, or the promise of an evening by the fire in a bothy. The weather was still favourable. Not so cold and most importantly, dry.
The first day of November was the only really wet day of the entire journey, the morning cloud reducing visibility to about 100metres for the ascents leading to the top of Benbrack and its impressive arch sculpture. Arriving at St John's Town of Dalry that evening, I headed to the pub to formulate a plan. A patch of grass by the Town Hall looked an inviting place to pitch my tent, but as I gauged opinion from a couple of locals as to the suitability of that location, I was offered the use of an empty caravan or a recently acquired patch of grass behind the TH. Luck was on my side. I took the camping option, and after pitching my tent and having something to eat, returned to The Clachan Inn to spend a pleasant evening drying out by the fire.
By now,, I had reached the point along the route where the ground was very wet in places. Feet were never completely dry. The penultimate two days involved walking for long stretches on tarmac roads in between the boggy conditions across open country, and I began to feel a little disappointed as to how this walk was coming to a close. However, after another torch-lit road-walk, to reach a wild camping spot near Killantringan Lighthouse, I woke up to the promise that my final day on the Southern Upland Way would be a short walk of just a few miles, along a beautiful stretch of coast, with the green isle clearly visible across the Irish Sea.
This was a fitting end to a fantastic walk, worthy of a celebratory cooked breakfast in Portpatrick.
(Something you can't get if you walk this route west to east!) 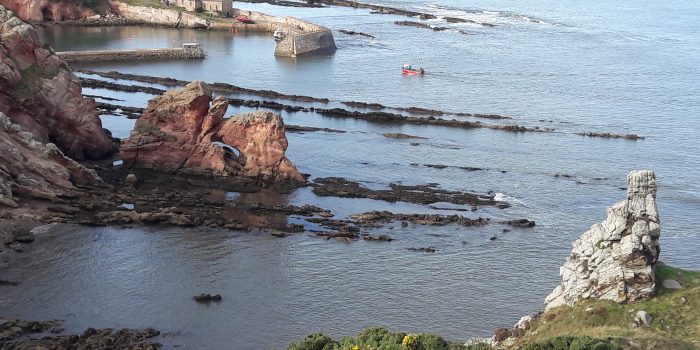 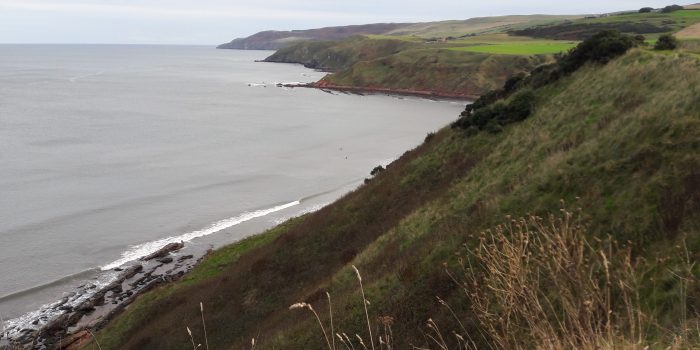 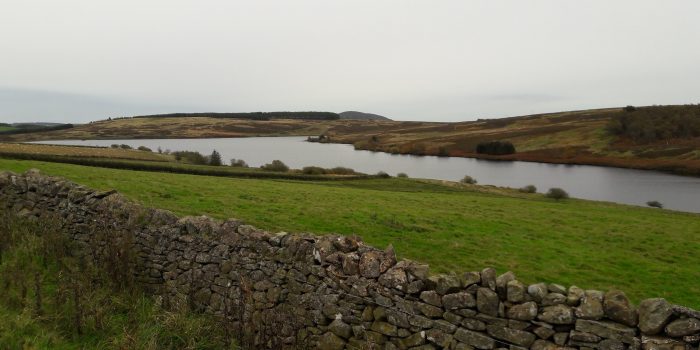 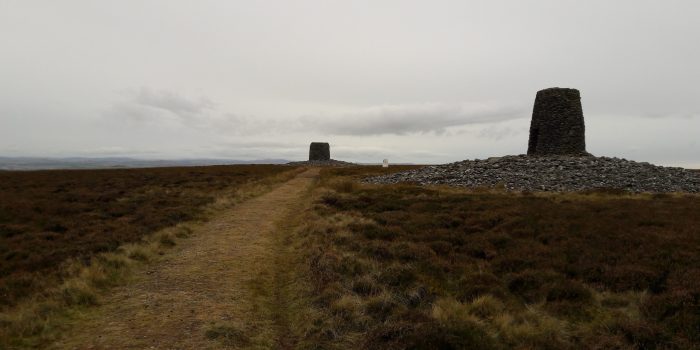 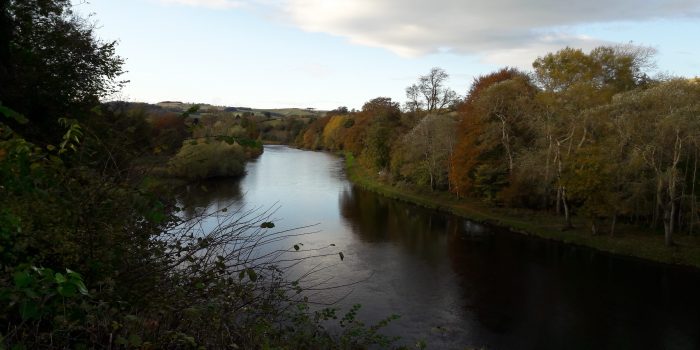 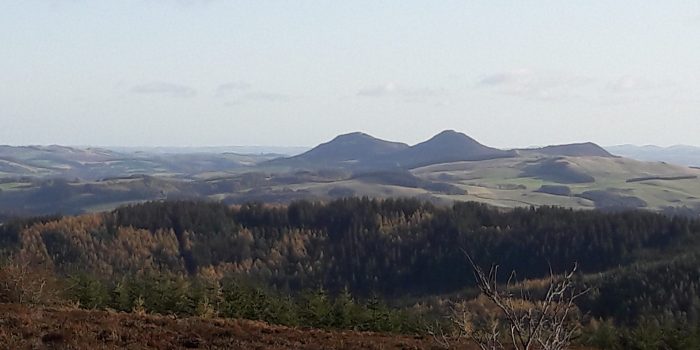 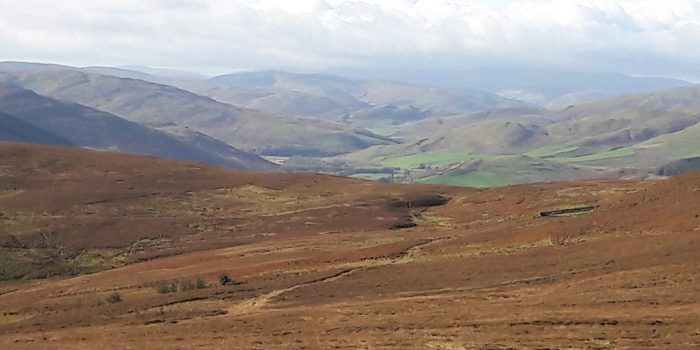 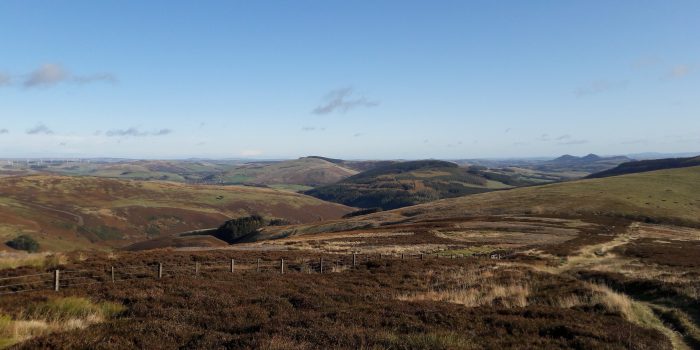 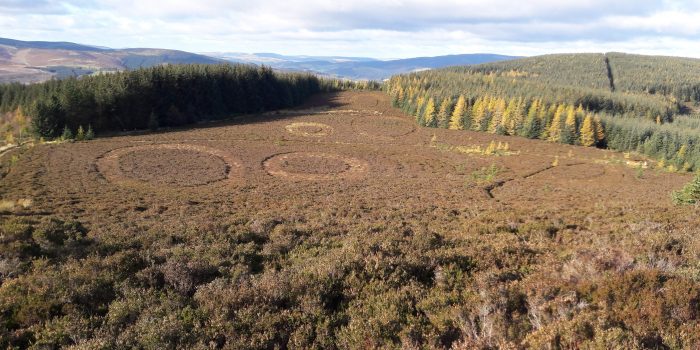 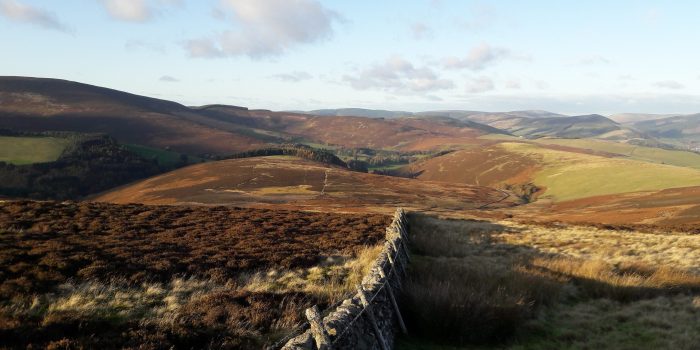 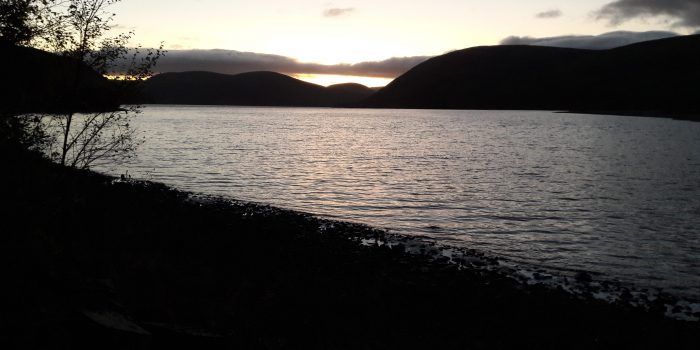 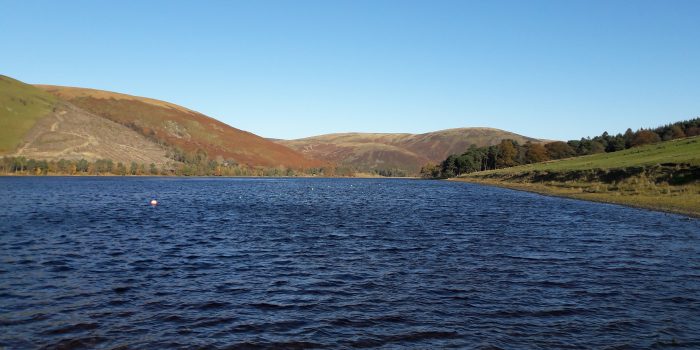 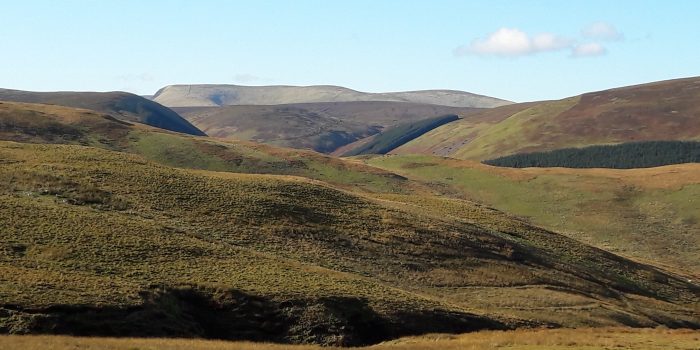 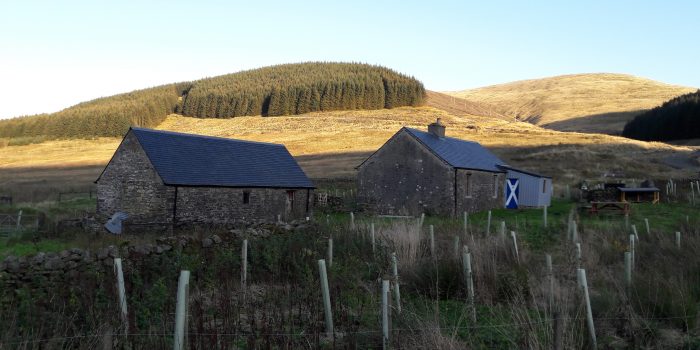 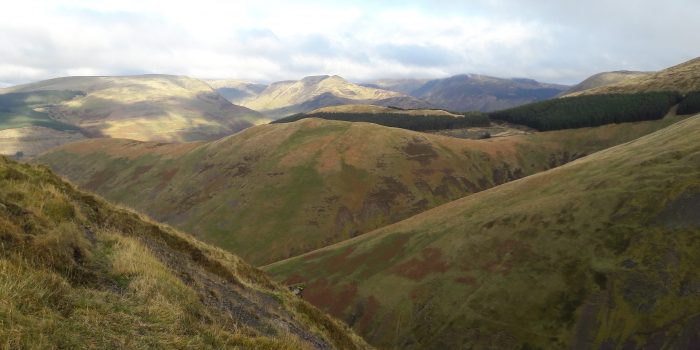 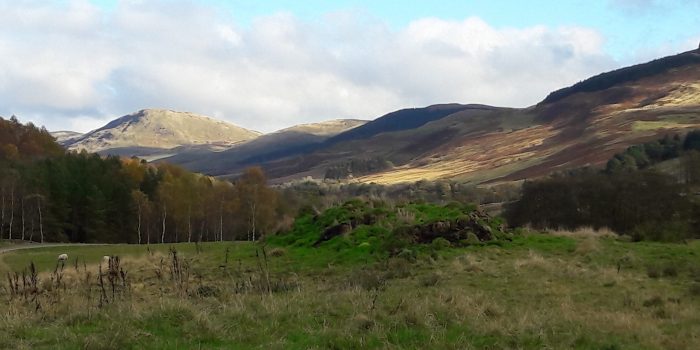 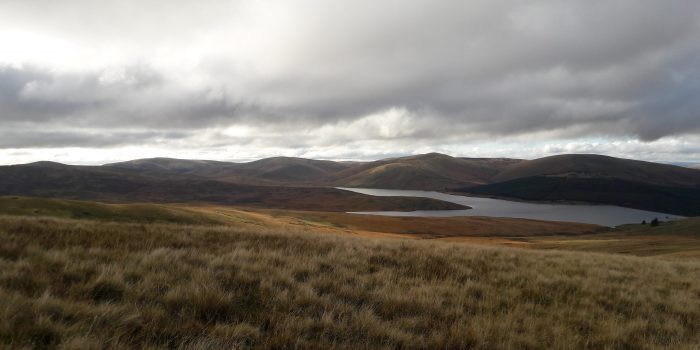 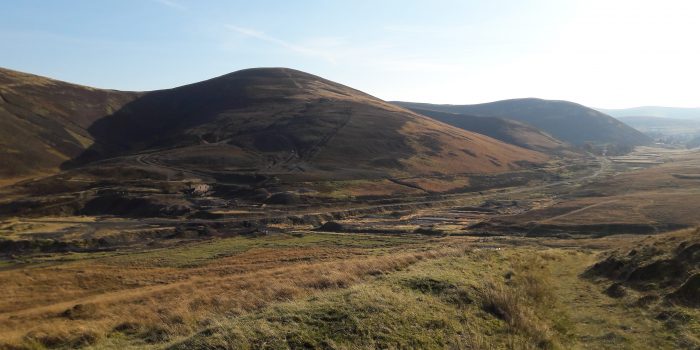 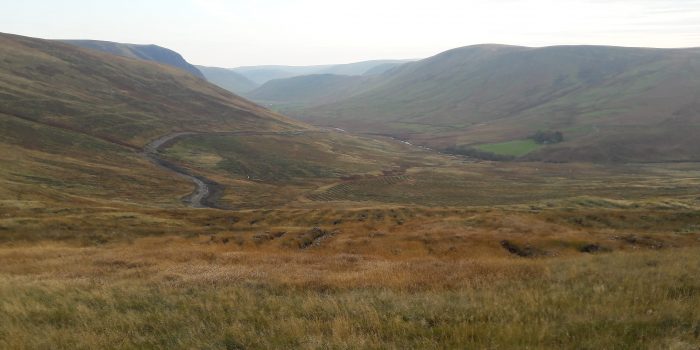 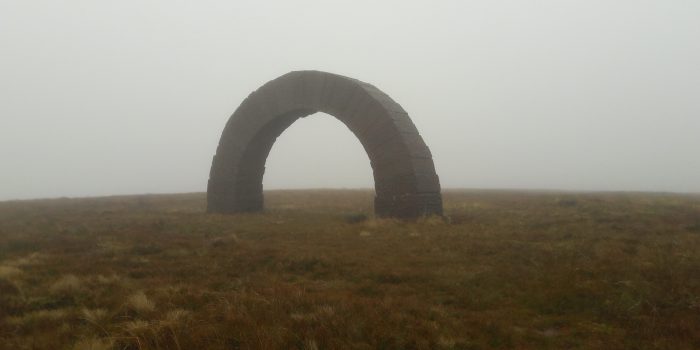 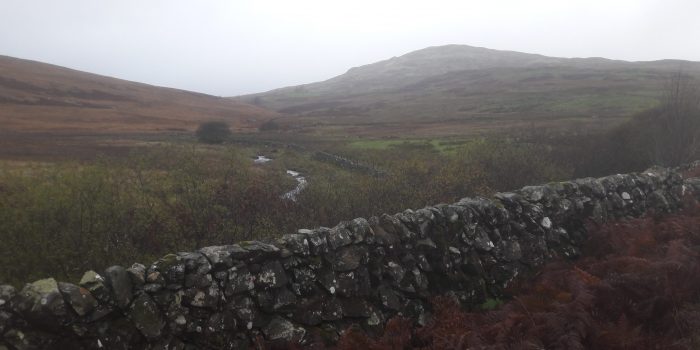 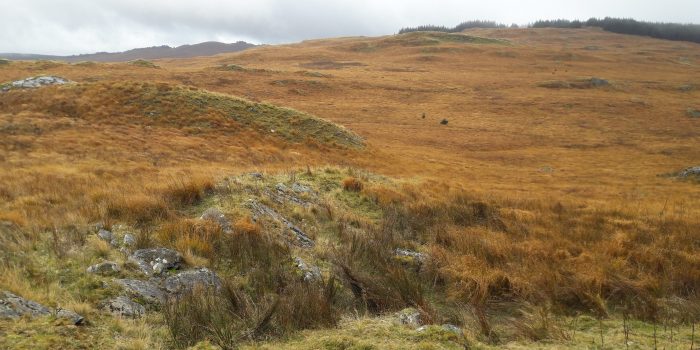 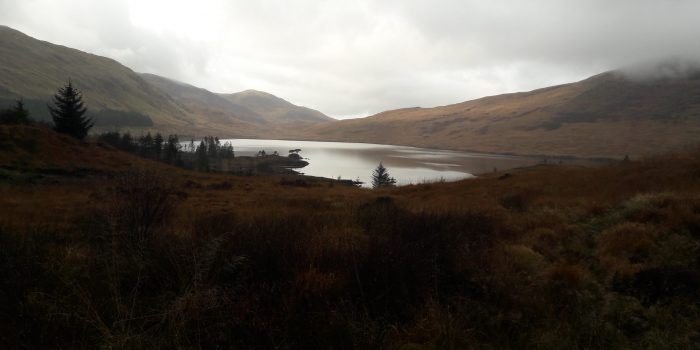 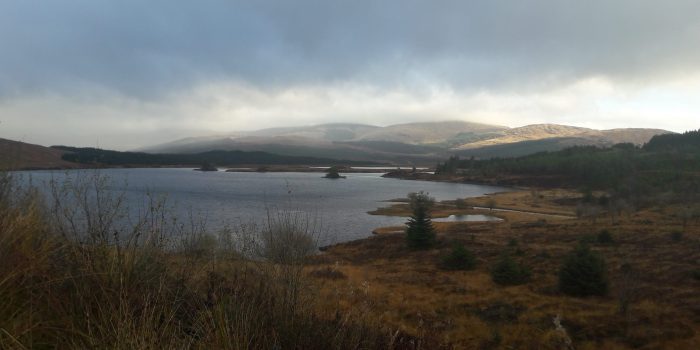 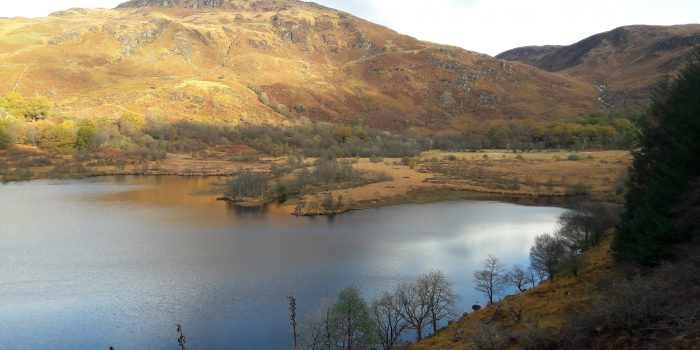 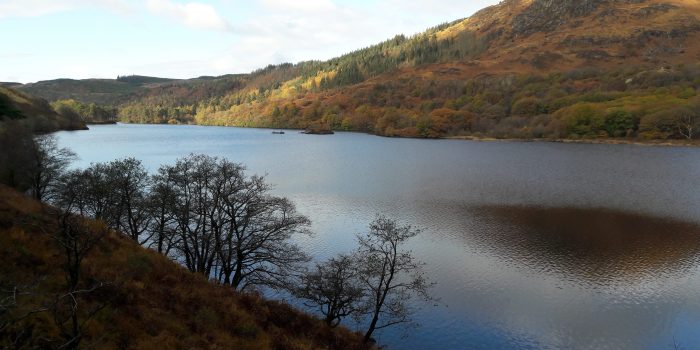 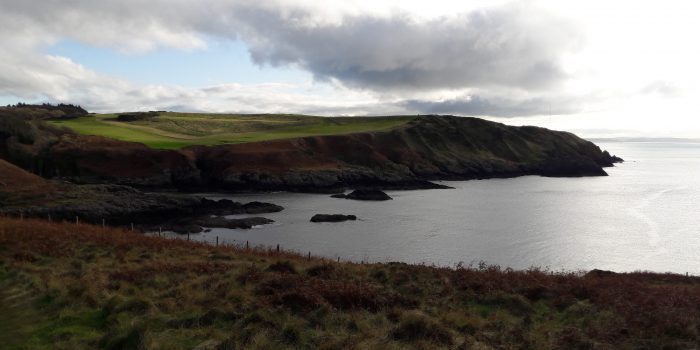 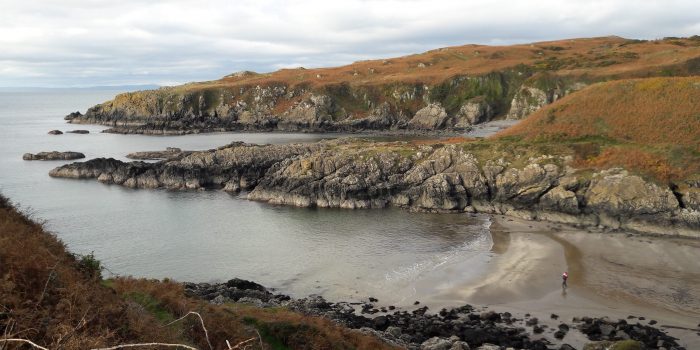 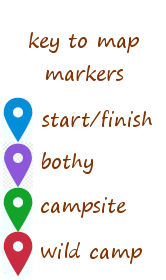 You can use your mouse, or the interactive controls in the top left corner, to zoom in and out, and to move around the map.
Click on the location markers for more information. Where photographs have been included, clicking on the image
will display the full size image in a new window.